AT boys soccer suffered their fourth straight loss of the season on Tuesday to the Morton Mustangs after a few costly mistakes during their last conference game of the season.

The 0-4 loss came after what coaches described as 60 minutes of solid soccer from the Blazers. Coaches also felt that the score did not reflect the team’s efforts or level of play.

“We played good in this game,” said head coach Ryan Dini. “We just need things to come together.”

The Blazers went into the game already disadvantaged. With the playoffs just three games away, three of AT’s starters were benched due to health concerns. AT had also come off of their worst week of the season and was playing on the road against the number two ranked team in the state.

Despite having secured a low seed for the upcoming playoffs, AT’s mindset was hungry for a win. A share of the conference title was on the line, pending the results of an upcoming game against Morton and Downers Grove South.

The Blazers weren’t able to make it happen.

The first half of the game was mainly a display of a tough Blazer defense going head to head with a fiery Mustang offense. The Mustangs, who have now scored 14 times in their past five games, were relentlessly ruthless, stealing the ball from AT nearly every possession and attempting to capitalize with a plethora of shots on goal.

After a great deal of flashy saves that even received compliments from one of the referees, Goalie Mateo Gomez finally allowed a goal with less than 10 minutes to go in the half on a sharp shot to the left corner of the net.

After fighting for the remainder of the half, AT came off the field still feeling far from out of  the game.

“Don’t have any doubt. You’re in this game,”  assistant coach Angel Vega told his team at halftime.

The Blazers also strategized, vowing to upgrade their defense in the second half.

“Our defense is starting to go back to old habits,” said captain David Peters. “We need to give it everything we’ve got.”

The Blazers, still full of energy, held a scoreless second half for 20 minutes. Then, Blazer goalie Joey Dionne ran out to block a shot, which proceeded to tip off of his side. AT’s defense could do nothing but watch as the ball rolled slowly into the net.

The imbalance in the scoreboard knocked the possibility of coming back far from reach. AT’s offense, now running low on momentum, failed to capitalize on shots and the already hot Mustang offense scored two more times, finalizing 4-0 Mustang victory and AT’s third straight game without a goal.

Dini did not feel the season was in jeopardy despite the losing streak. He also encouraged his team that they were close to getting back on track.

With the three seed in the playoffs secured, AT is set on what they feel is a path towards victory.

“I like the path we have set up for ourselves,” said Dini. “We were a little shocked, and there are definitely ups and downs, but we’re going to work on the little things and make sure we’re ready to go moving forward.”

One way that AT plans to prepare for the playoffs is by watching and analyzing film. Dionne felt that practicing this way will eliminate costly errors.

“Film helps us see our mistakes and that way 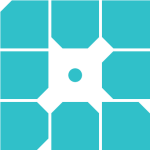